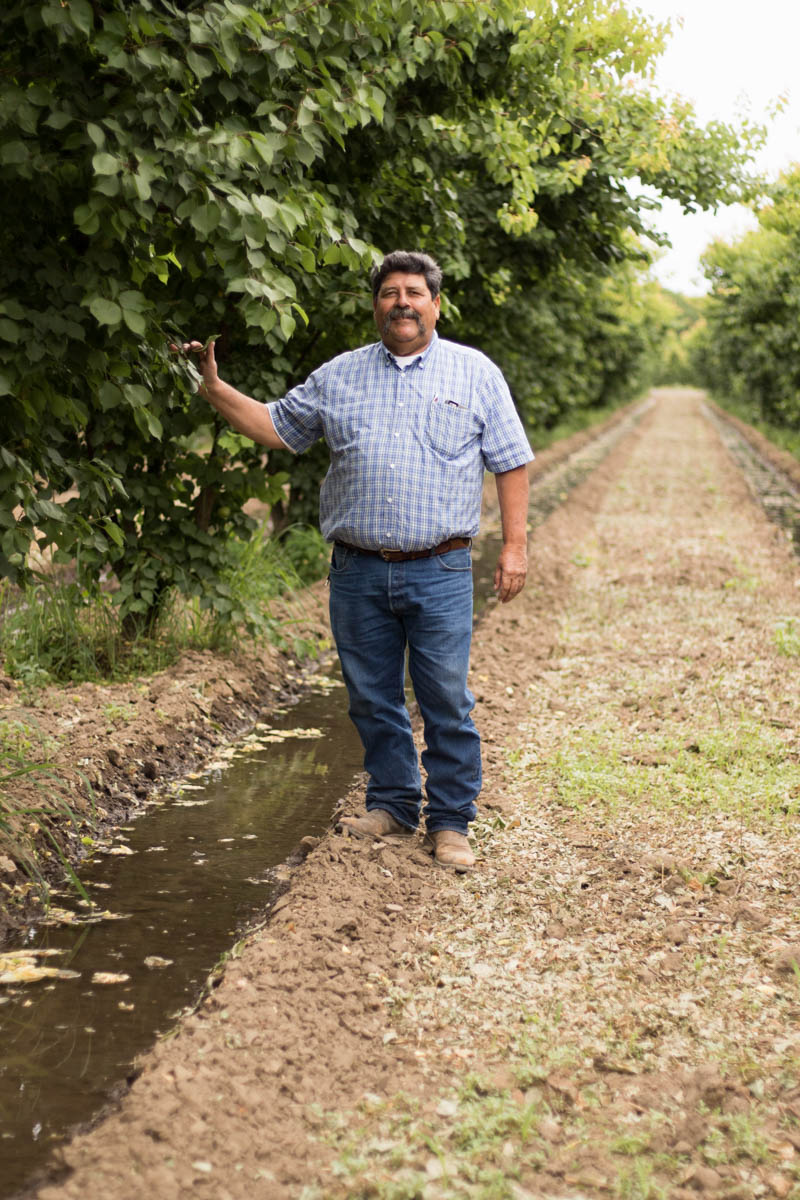 “For me, it was very easy. I love to work the ground.”

Jose Herrera’s farming story is something of an unconventional one. It began when he got married in 1972, with no schooling and no job in place. Shortly after Jose and San Juana were married he was able to find a local farming company even though he had no prior knowledge or experience in the industry. He quickly learned the tricks of the trade which helped him become one of the head foremen on the ranch, where he developed a close relationship with his employer, a point of pride for Jose. His experience on the ranch sparked a dream to someday own and work his own farm. It seemed life had other plans, at least for the time being. While he wholeheartedly loved his farming job, and his dream continued to grow, Jose left the ranch after twenty years to continue the family tradition of stone working by creating his business Rare Art Motif, Inc. After some time away from the fields, It became quickly apparent that he was meant for farming and missed it dearly.

Through hard work and determination during his time spent in the stone industry Jose was able to purchase a house in Kingsburg, CA, which came with ten acres of fertile, farmable land. It sat alongside an additional twenty acres on a piece of land adjacent to the house, owned by a neighbor who was ready to sell. It was when Jose became the owner of all thirty acres that farming became an exciting, long-awaited reality. “I always had the expectation that somehow I’d get back into farming,” he mused.

Jose made the transition to organic farming seven years ago through the encouragement of fellow organic grower Vernon Peterson. When asked to describe the transition, Jose said, “For me, it was very easy. I love to work the ground.” He explained that the pressure organic farming places on growers is a healthy one, it encourages growers to be continually conscious of what’s going on in their groves, which translates into growing the best organic crops.

Today, Jose’s farm is thriving. After years of hard work, he has arrived where he knew he was always meant to be, caring for the ground on his very own property. His passion for soil and joy for all things that grow only continues to increase. He explained, “I love the smell of the dirt, it relaxes me. I really enjoy being on the farm. How can I be so lucky to have this piece of dirt?”

Jose currently grows a variety of stone fruit, including nectarines and apricots. Around the farm, he is working to replace varietals on five-acre sections each year so he can introduce newer, fresher varieties into the market and keep things interesting on the farm. He seeks to keep his family, whom he describes as the biggest blessing in his life, involved, as he understands the wonderful experience that being a part of a family business can provide. His passion is for the soil and the people he works with. He credits where he is today not to his hard work, but to the good people he ran into along the way who helped make what he does possible. As he says, “All these people took a chance on me, and we’re still here.”