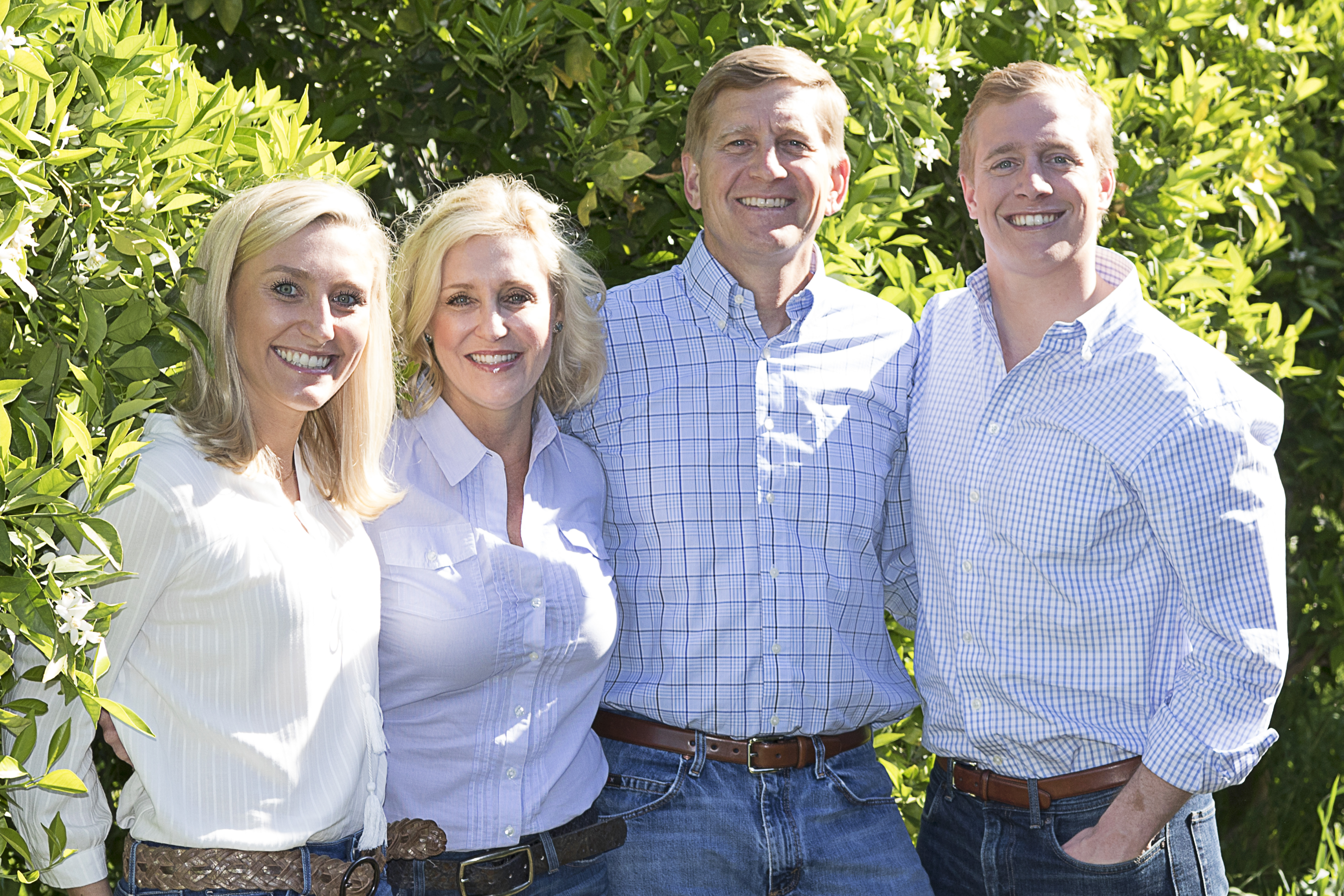 “Spring time is the best time,” Jeff said, standing in his three-month-old table grape vineyard looking energized by the first blossoms and new green in the way only a passionate grower can.

Jeff Mettler is the fourth generation in his family to farm along the southern edge of the San Joaquin Valley. In fact the nearest town is named after his great grandfather who was farming there before the postal service had a name for the community.

The Mettler family pairs their long running tradition of family farming with an attitude of openness to new ideas. Innovation and early-adoption of new techniques and crop programs runs in the family.

Jeff’s dad Mike brought bell peppers, squash, cherry tomatoes, and citrus to the area, where row crops like cotton and potatoes were king. Jeff is still farming some of those first citrus trees that Mike planted in the 1960s, which were the first citrus trees in the area.

Jeff continued innovating when he took over the ranch in his young twenties and was among the first in California to move into organics and the first in his area to go organic in 1995. At the same time he started installing drip irrigation on the farm, again ahead of the curve.

In their part of the valley, Jeff and his wife Dinah have a long line of firsts in organic produce, including the first organic bell peppers, tomatoes, melons, mandarins, navel oranges, and most recently grapes.

Dinah remembers the early days of growing organically, “All the old farmers used to come through and say, ‘What’s that Mettler kid doing? Why doesn’t he spray? Why does he have so many weeds?’”

“It was very perplexing to them,” Jeff added with a smile.

And while learning the new methods of fertilizing and organic weed control was challenging at first, twenty years later, it’s all been worth it and incorporating cover crops, organic fertilizers like fish emulsion, and beneficial insects to used control pests are a normal part of the farming program.

And new growth and innovation is still unfolding on the Mettler Ranch, reflected in the season of spring.

“Spring time is the best time,” Jeff said, standing in his three month old table grape vineyard looking energized by the first blossoms and new green in the way only a passionate grower can. “I’m excited to do something new, this is an exciting new venture.”

The Mettler kids, Ashley and Michael, who are now grown and pursuing careers in law and finance in the big city, credit their work ethic to summers on the farm with their dad. They are each able to bring their understanding of agriculture to their respective fields and will one day step into their role as the fifth generation of Mettler family farmers.