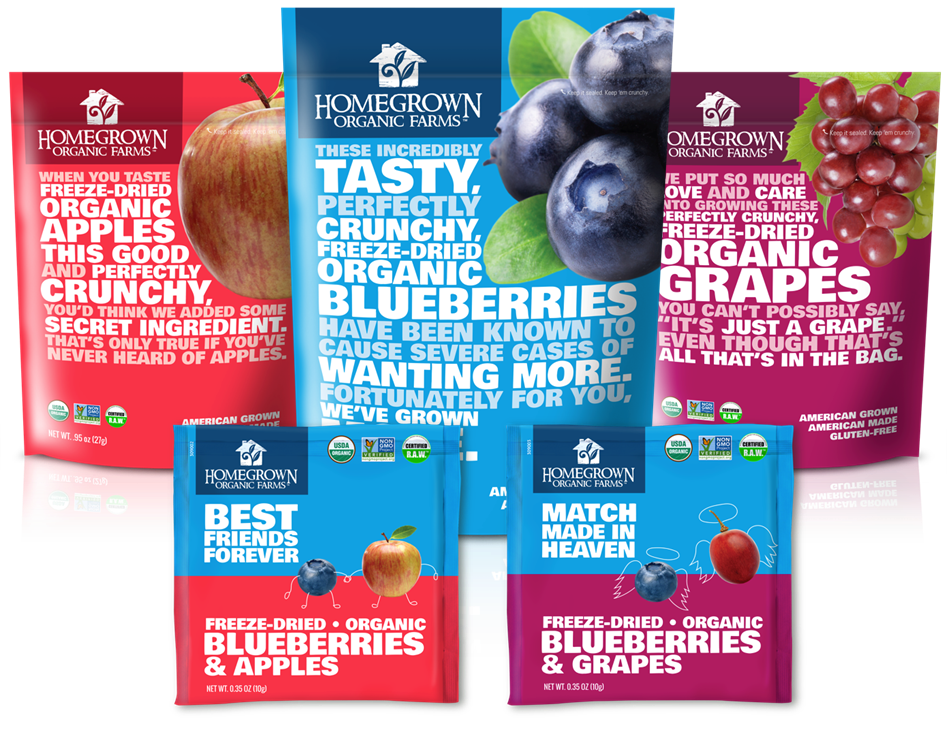 “Freeze-Dried” foods (or in technical terms: lyophilization) may seem like a fairly new concept, but it has been around for quite some time. You might be most familiar with it from seeing astronauts on special missions with their stockpiles of interesting space food.

“Space food,” as kids love to call it, is actually freeze-dried, and we’ve come a long way since the early stages of this technology. It evolved from something seemingly out-of-reach into a perk-filled snack for all.

Did you know the most common freeze-dried food today is actually instant coffee? Look at it that way and you might realize that you’ve consumed freeze-dried foods more often than you thought.

How Does Freeze-Drying Work?

After the organic fruit is picked, washed, and frozen, the freeze-dried process begins. 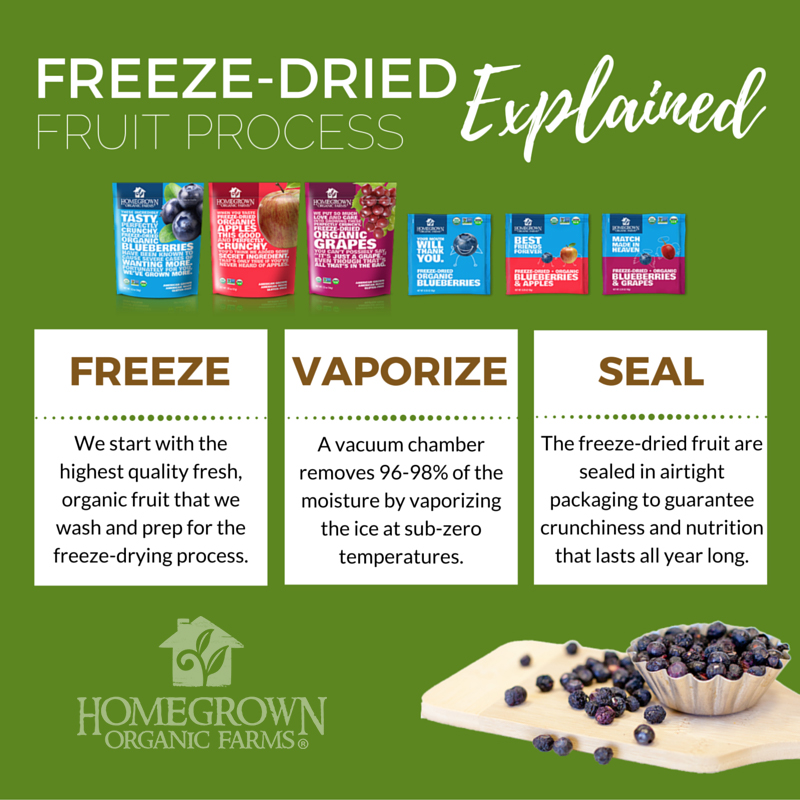 The fruit is placed in a large vacuum chamber that removes up to 98% of the moisture inside the fruit by vaporizing the ice in subzero temperatures. The result is perfectly crunchy, nutrient-rich, kid-friendly snacks in a bite-sized form.

What could be better?

Freeze-Dried Fruit is the Future of Snacking

Thankfully we don’t need to travel to space to experience freeze-dried fruit. We simply need to keep our eyes peeled and our snacking senses strong.

Once you’ve introduced this miracle snack into your life, you won’t be able to let go of it. Ever. That’s our experience anyway.

Here are a few other reasons we think you’ll fall in love with freeze-dried fruit:

Ask us and we’ll tell you: freeze-dried fruit is the next star of snack foods we’ll be feeding our kids. They are the fruit snack’s version 2.0, new and improved for the benefit of all of our families.

Freeze-dried fruit may seem far removed from the pouches we envision astronauts eating, but we can still inspire our children to be whatever they dream of by playing on that very idea.

For those of you with little ones who idolize the idea of becoming an astronaut themselves, bring a little bit of that dream to life for them, even if only for an afternoon. One idea for their next birthday party or even a small movie night celebration is to create Freeze-Dried “Space Fruit Snacks.” Be sure to let them know their snacks were made using the same technology as the foods astronauts eat, except they taste much better.

Order a bag (or three) today!