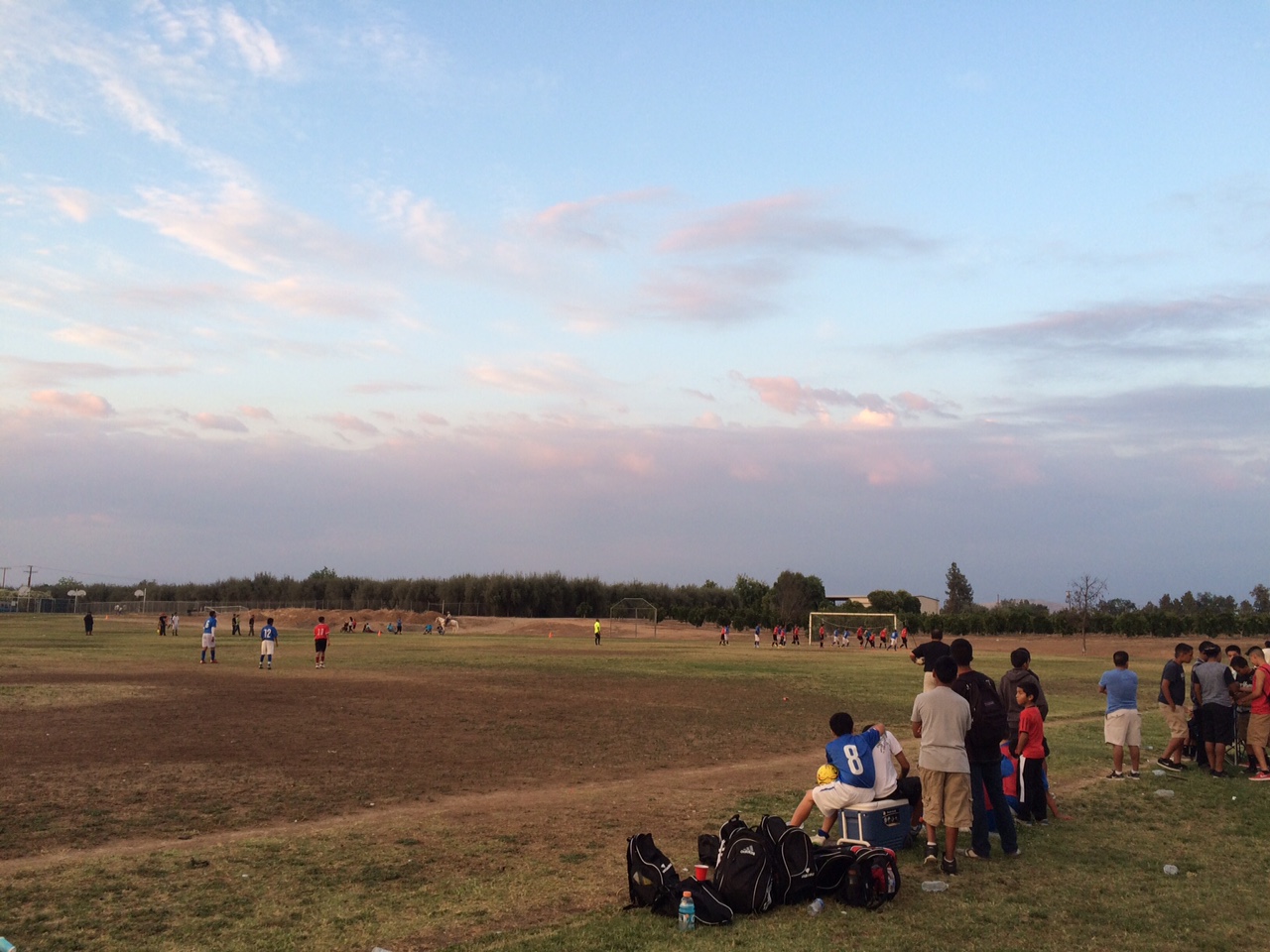 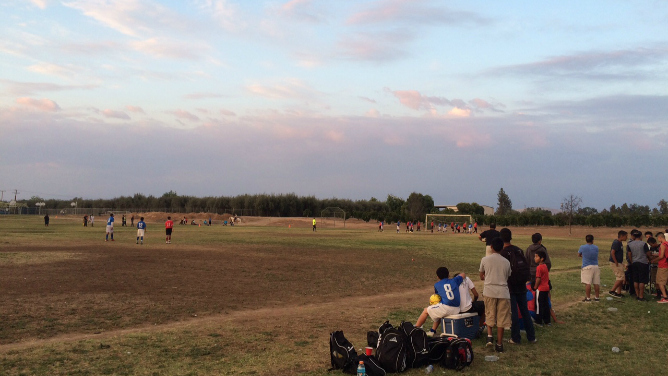 Miguel Lara knows how to pull together a championship soccer team. The trophies stacking up in the offices at Homegrown Organic Farms proves it. It makes sense that he’d have a good eye for choosing players–soccer has always been his love. Watching his favorite teams play gives him chills. All but one day a week, he’s either playing in his adult league or coaching his youth team. His kids play on their own teams, and family time together on Sunday afternoons usually ends up happening at the soccer fields.

As the coach of Alianza, a team of twelve to fifteen-year-olds in the Terra Bella Youth Soccer League, his love for the game translates into an investment in the lives of his players. Miguel played in the Terra Bella league himself when he was growing up, and when he turned sixteen, he stuck around as a coach, as do many of the players. Coaching is his way of giving back.

“We try to keep the kids out of the streets, that’s one of the main reasons we do it. We don’t get paid,” he said. “We try to teach the kids that they can get anything they want. They just have to work for it, and that work will pay off in the end.”

Miguel can back up his message on and off the field. He started working for Homegrown straight out of high school, moved up from the packing shed to the field crew, and was recently promoted to oversee a ranch full time.

Time on the tractor or walking the rows is often spent strategizing for Friday’s game. Quick to offer a thoughtful assessment of his team’s strengths and weaknesses, Miguel is always thinking about how to move his players around to bring out their best. He and his associate coach and friend, Armando Aldaco, keep an eye out for up-and-comers each year. They choose to motivate their players with respectful talk instead of yelling and intimidation. As coaches, they seriously believe that when their players give it their all, they’re winners, whether or not they have more goals than the other team at the end of the game. That philosophy, however, hasn’t been put to much of a test–team Alianza usually comes out ahead.

Homegrown’s sponsorship of Miguel’s team started in 2008 when the team qualified for the finals in the league championship for the first time. The kids were prepared, but they had a problem. They had played the whole season without uniforms, making do with just plain t-shirts and they didn’t want to go into the big game without looking official. The inspiration for a solution came to Miguel one day after practice from an all too appropriate source.

“I had an orange in my hand, and I looked down and saw the Homegrown sticker, and it came to me. I told the kids, ‘Hey, you know what,  I’m going to ask my boss if he’ll sponsor us.’ And they said, ‘Yeah, ask him, ask him.'” Miguel remembered.

That year, in their brand new uniforms, the team kicked off their championship winning streak. They’ve continued to make a name for themselves in the league, taking home four championships over the last six years. The trophies bearing each team’s picture stand tall and proud in the office at Homegrown Organic Farms.

“They deserve to keep the trophies. That’s their reward,” Miguel said of his long-time employer. “For nine years I’ve been working for them, and I feel like part of the family. They’re always there for my team and for me.”

Seeing as Miguel doesn’t plan on giving up his coaching position any time soon, Homegrown may need to consider expanding the display case.